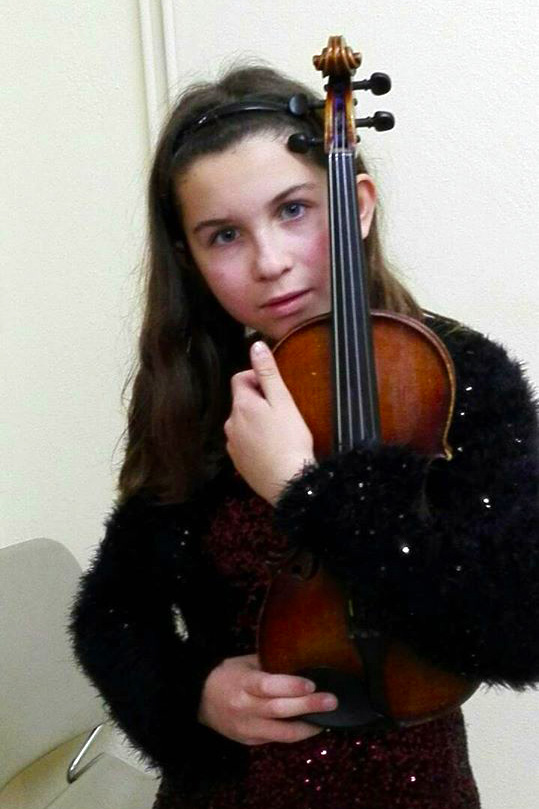 Anastasia Neochorli was born in Thessaloniki in 2007. She started violin lessons at the age of 6 at the Neapolis Conservatory of Kavala, in the class of Yannis Keramidis.

In April 2014 she was awarded the 2nd prize in the “Filon” Competition, in the youngest category. In 2015, Anastasia participated in a summer school seminars in Bad Leonfelden, Austria, with professors Christos and Dimitris Polyzopides and at the Pelion festival with Professor Apollon Grammatikopoulos in July 2016.

Since September 2015 she is a student of the Municipal Conservatory of Kavala in the class of Yannis Kormetis.