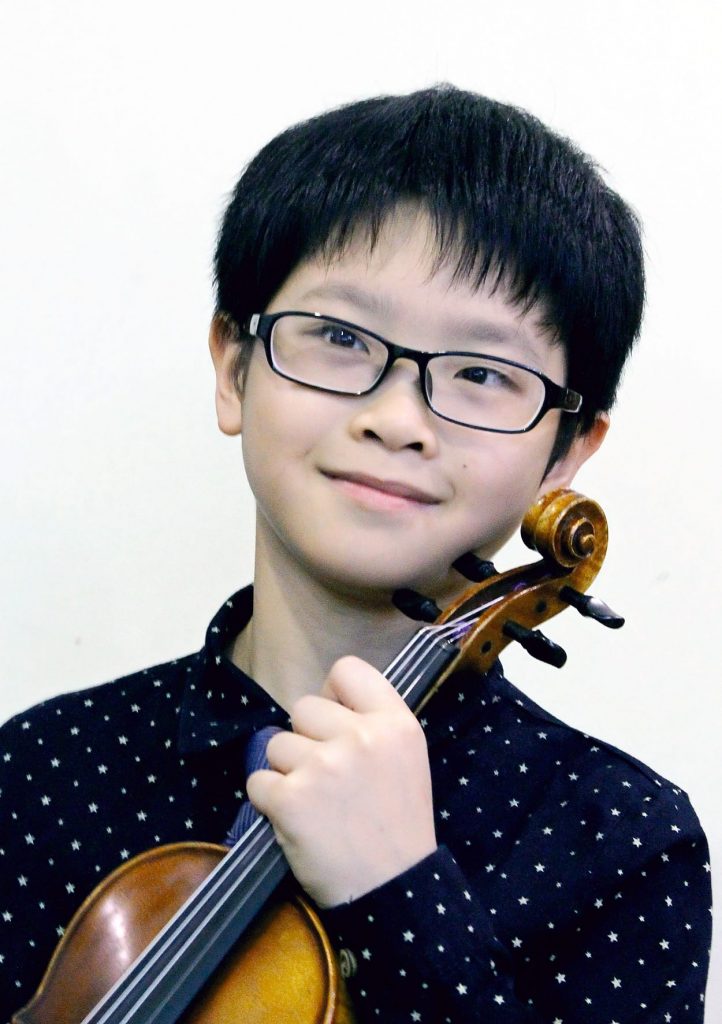 Cao Hoang Linh was born in Moscow on December 15, 2006. He has been studying violin with Do Xuan Thang at the Vietnam National Academy of Music since 2014.

In 2016 and 2017 Cao Hoang Linh was awarded a full scholarship to attend the International Music Sessions (IMS), a summer music camp in La Jolla and New York Sessions, USA. In 2017, Cao Hoang Linh studied at the String Summer Institute at the University of North Texas, where he was a student of Professor Julia Bushkova.

Cao Hoang Linh has become top prize winner of several international music competitions. He has performed with orchestras in Vietnam. He was honored to be invited to perform at the UK’s Royal Albert Hall (London, England) in April 2019. He was also honored to be invited to perform in Poland at the end of June 2019 as one of the 5 best winners in the history of the Ginastera competition.