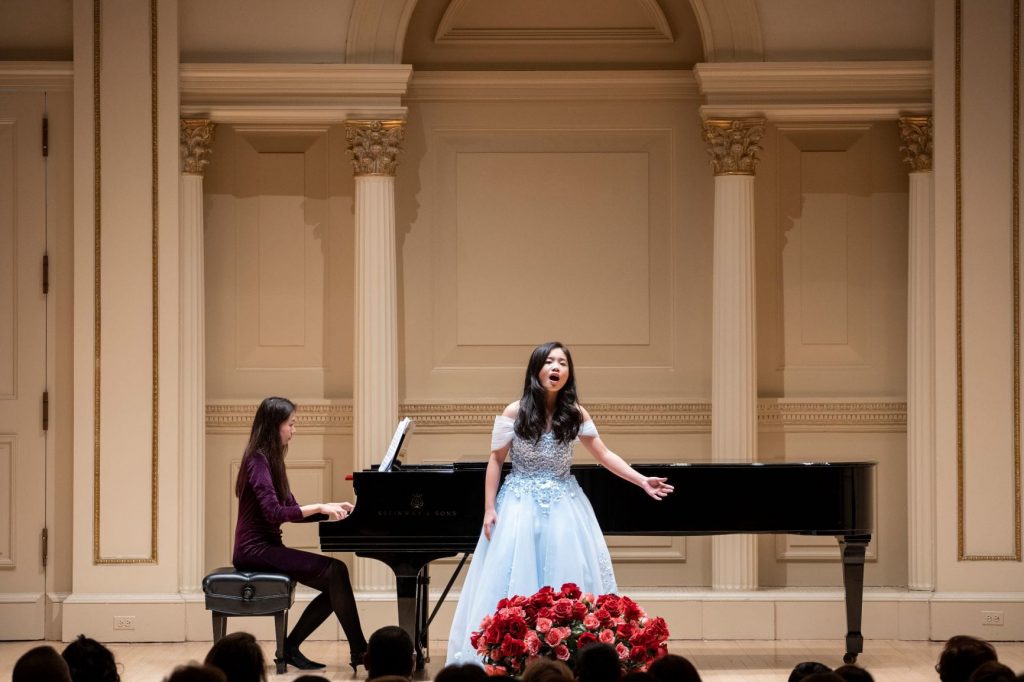 Enya Loo Yingshan is turning 16 and is from Singapore. She has a deep passion for both singing and dancing and has participated in her school’s 100th year anniversary musical and was hence immediately drawn to both the classical and musical theatre genre.

After just taking vocal lessons for a month, she was chosen as one of the Top 12 finalists in the Asian Dreamerz Competition, April 2018. She has also starred in an international brand campaign and recently shot the advertisement for it. Enya has not only been playing the piano for seven years, but she has also been dancing for over 10 years and is able to express herself in different genres such as ballet and hip hop.

She was invited to perform at the Winner’s Recital at Carnegie Hall in New York in December 2018. Enya has also performed in various charity produtions, one of which was the Childaid Concert that was held at Resorts World Sentosa, working alongside Singapore’s veteran singer and composer, Dick Lee. Enya was also selected to perform in the Chijmes Hall for the Voices of Singapore festival.

Enya is the school’s dance president and will be leading the team for a national competition. Enya hopes to be able to influence others positively through her love of both singing and dancing and aspires to become an international star in this field.