22-year-old violinist from the USA performs Samuel Barber – Concerto for Violin and Orchestra. 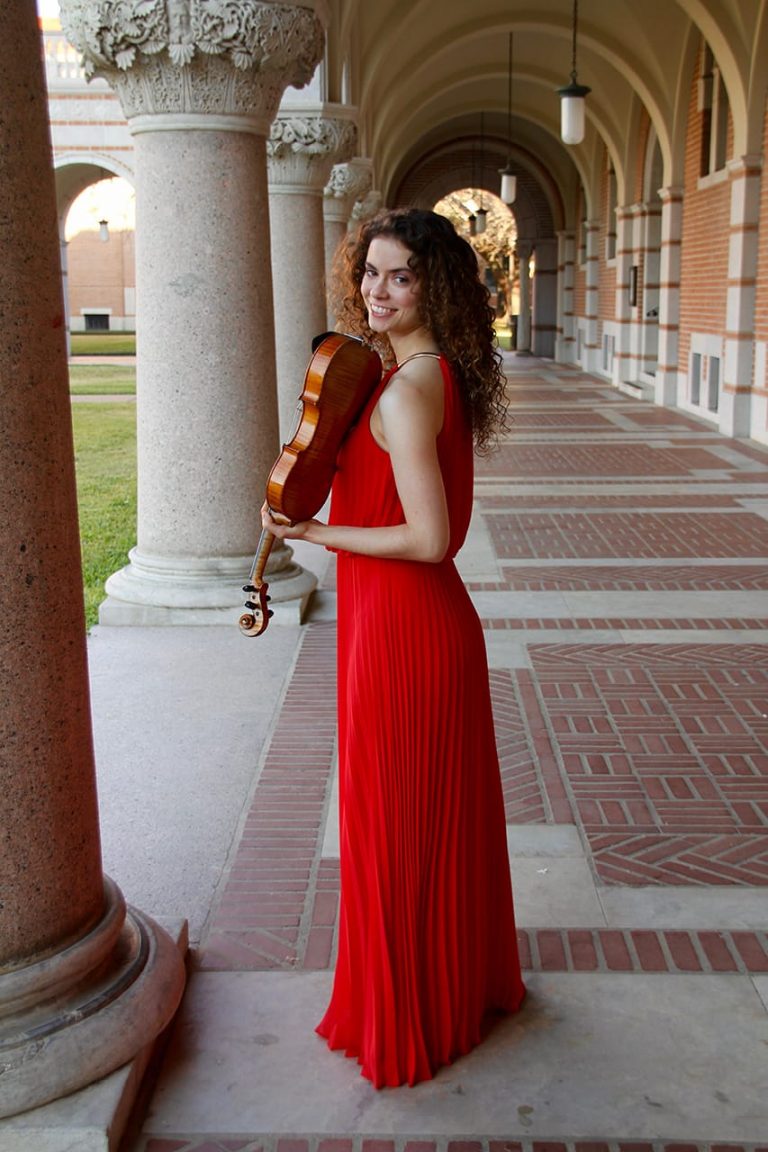 Jacqueline Audas, born in 1995, began playing the violin at age three. She is a senior this year at the Shepherd School of Music at Rice University, where she studies with Paul Kantor. Prior to entering college, she studied with the late Arkady Fomin, who was a member of the Dallas Symphony and the director of the New Dallas Conservatory.

Jacqueline made her solo debut at the age of 14 with the Meridian Symphony, after winning their young artist competition. In 2013 she won the Grand Prize of the Young Artist Competition at the Conservatory Music in the Mountains in Durango, Colorado. As a result, she performed with the Music in the Mountains Festival Orchestra under the direction of Guillermo Figueroa. In 2015 she won the Mika Hasler Young Artist Competition in Houston, Texas. In 2017 she was the winner of the Shepherd School string competition.

In recent years she has performed as a soloist with the Symphony of Toys in Dallas, the Boise Philharmonic, the Walla Walla Symphony, the McCall Summerfest Orchestra, the Texas Medical Center Orchestra, and the Shepherd School Symphony Orchestra.

She has performed in masterclasses for Vadim Gluzman, Ivry Gitlis, Chaim Taub, Ida Kavafian, Grigory Kalinovsky, Arnold Steinhardt, Sergey Ostrovsky and Rachel Barton Pine, among others. She attended the Keshet Eilon Mastercourse in 2015, and the Aspen Music Festival in 2016. This past summer she studied at the Keshet Eilon Mastercourse and the Sommermusik im Oberen Nagoldtal.