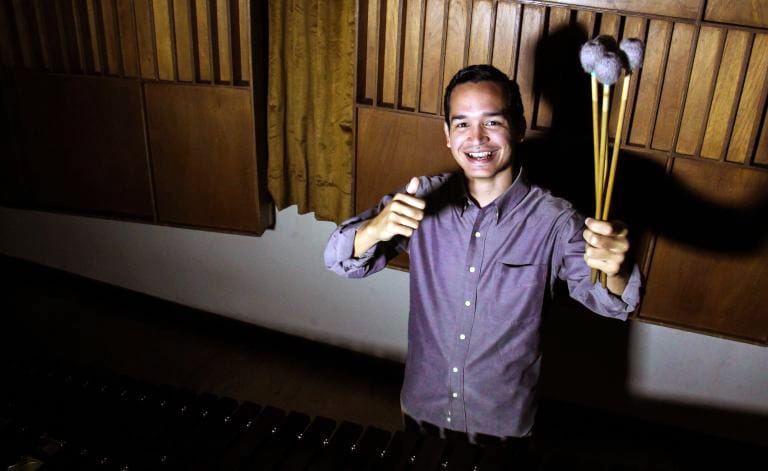 Venezuelan percussionist and composer born in 1996. Raised in the lines of the National System of Youth and Children’s Orchestras and Choirs of Venezuela. He had the opportunity twice to be part of the National Children’s Orchestra of Venezuela (2007 and 2010) where had the chance to be directed by maestros such as Gustavo Dudamel and Sir Simon Rattle as well as direct interactions with maestro Daniel Barenboim.

Founding member of the Percussion Ensemble of Los Llanos with which he found the chance to record a CD in 2012 as well as to tour in France in 2013 to The Metal and Percussion Festival “Cuivres en Fete”. That same year, the Youth Symphony Orchestra of Caracas invited him for a tour through Asia, visiting Japan and South Korea.

In 2016, Jose attended the First Chamber Music Festival of Montevideo, Uruguay, as a percussion teacher. The Latin American Music Festival has selected two of his works to be performed in the concerts of young composers for 2016 and 2018. In 2017, his work for marimba “Abstraction”, won the second prize of the “McMurry New Music Project 2018”. In 2018, his work “Road Trip” also for marimba, was awarded with the prize of the composition contest organized by the Tchaikovsky Moscow Conservatory.

Currently, at 21 years old, Jose is Principal Timpanist at the National Philharmonic Orchestra of Venezuela, teaches at the Percussion School of El Sistema, is member of the Percussion Duet García-Vazques, is musical director of the percussion ensemble “CATATUMBO”, as well as finishing his composition studies at the National Experimental University of the Arts and studies of Classical Percussion at the Simon Bolivar Conservatory of Music.