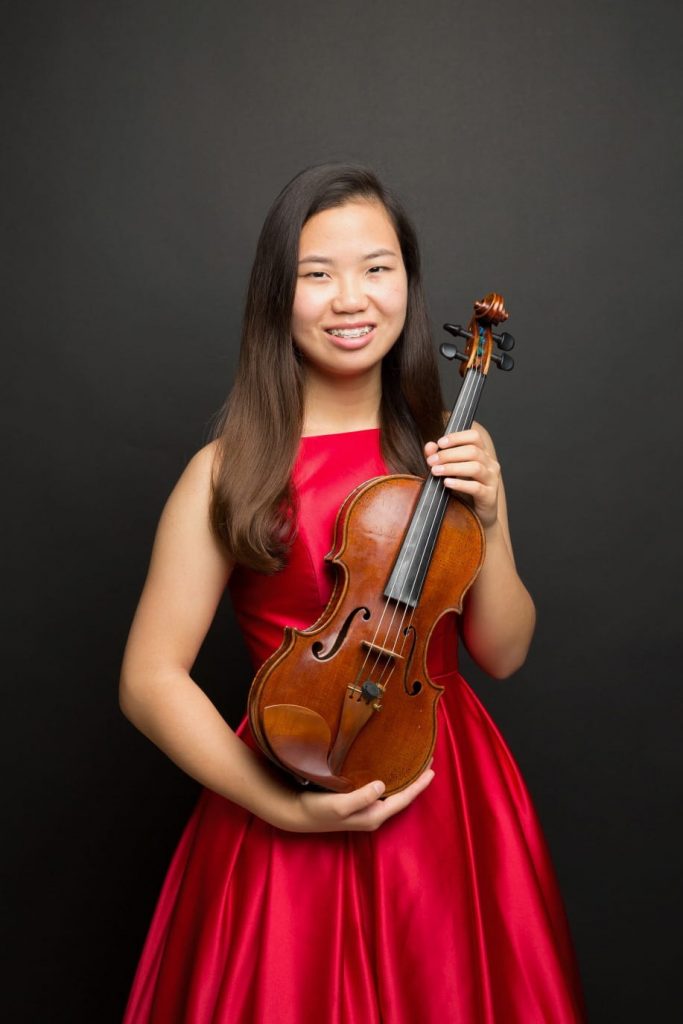 Kailey Suh, age 15, is a violinist and current sophomore at the Harvard-Westlake School in Studio City. Kailey started the violin at the age of 6 under the tutelage of Ms. Margaret Shimizu at the Colburn School in Los Angeles, and currently studies with Mr. Daniel Yoon Jae Park. She served as concertmaster of the award winning Harvard Westlake Symphony during the 2017-2018 school year at its concert appearance in Seattle, and was also a member of the orchestra during its first international tour to London during the 2015-2016 school year.

In the past, Kailey has also served as a member in the Colburn String Ensemble and Colburn String Orchestra. Currently, she participates as a pre-college member of the the Fullerton College Symphony under the baton of Mr. Woo. In addition to serving as a member of numerous orchestras, Kailey is part of Cadence for a Cause, a club (originally founded by LA Phil violinist Vijay Gupta) that performs along the Street Symphony for underprivileged and homeless people.

Last September, Kailey made her first solo debut, performing Zigeunerweisen with the LA Sinfonietta Orchestra. Throughout the past year, Kailey has won many awards, including first place at the Satori Strings Competition, Southwestern Youth Music Festival (SYMF), among others. Kailey will also make her debut at Carnegie Hall in June 2019.

In addition to many competitions, Kailey also participated in a masterclass led by LA Philharmonic Concertmaster Martin Chalifour in January. She finds a lot of joy in playing the violin, and hopes that someday, her music will influence other people.

Outside of music, Kailey is a competitive fencer, and travels to many different states for competitions. In February, she traveled to Denver for the Junior Olympics, and this summer, she will travel to Ohio for the 2019 Summer Nationals.