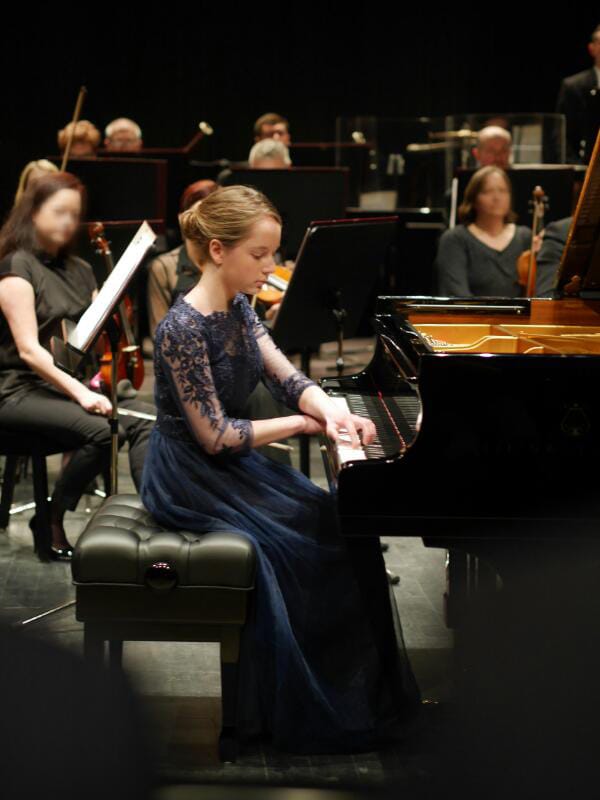 Karolina was born in 2002 in Toruń, Poland. She is the fourth grade student of the Secondary Music School in Toruń. Her piano professor is Aleksandra Soboń–Wakarecy. Karolina is a prize winner of several national an d international piano competitions.

She has twice appeared as a concerto soloist with Toruń Symphony Orchestra. She performed at Carnegie Hall in New York, in Geneve, Germany, Lithuania, Żelazowa Wola – Fryderyk Chopin’s Birthplace as well as at Chopin Center in Szafarnia, at Probaltica Festival, Krzysztof Penderecki European Center in Lusławice.

Karolina is a receipient of the Primus Scholarship from Marshall of Kuyavian-Pomeranian Voivodeship (2016-2019), Cultural Scholarship from The President of The City of Toruń (2018) and has been supported by the National Fund for Talented Children.