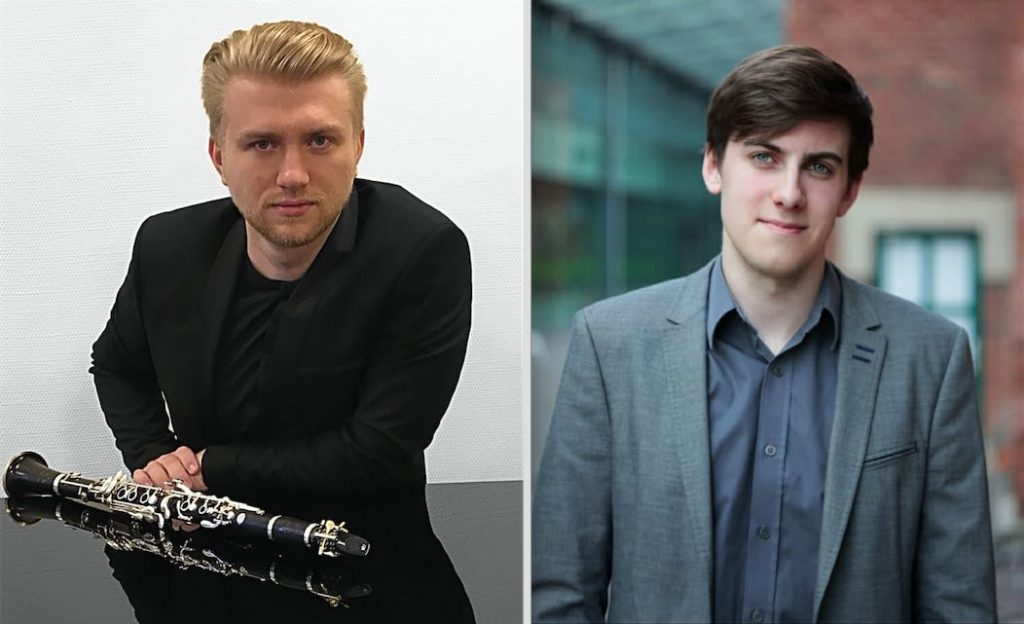 Oleh Malovichko – clarinetist, born in 1995 in Ternopil, Ukraine. He finished the Ternopil State Music School as a pianist. In 2011, he began playing the clarinet at the Ternopil State Musical School of the II-st. S. Kruszelnicka (Ukraine) and at the same time continued his piano studies at the Secondary Music School of the State of V. Barwinski, in Drohobych (Ukraine). He is currently a first-year student of master’s studies in the clarinet class of Professor Andrzej Godek and dr. Barbara Borowicz at the Academy of Music in Krakow.

As a soloist and first clarinetist of the “COLOR” clarinet quartet, has won many awards at music competitions in Poland, Slovenia, Serbia, Switzerland, Ukraine, Greece, Italy, among others.

He has performed in Poland and abroad in Austria, Germany, Spain, Portugal, Scotland, Hungary. He is a recipient of scholarships from the Polish Children’s Fund, the Pro Musica Bona Foundation and the Małopolska Region Sapere Auso Foundation.