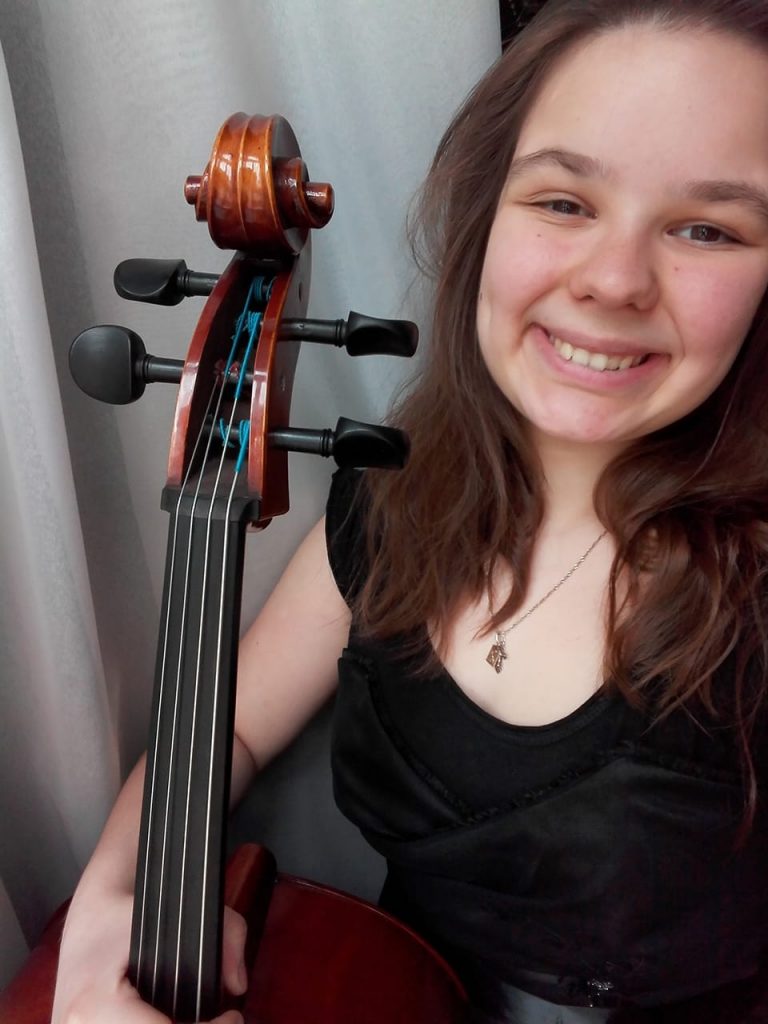 Maria Psoma is 17, from Athens, Greece. She is 11th grade student in the cello class of Tatiana Tumaeva at the Voronezh Specialised Music School (College).

She started cello at the age of four. From 2007 to 2015 she was studying in Greece with Marina Kislitsina. In 2015 she moved to Voronezh, Russia. She has participated in many master-classes in Moscow, Saint-Petersburg, Voronezh and Athens. In June of 2017, Maria received a Diploma with Honor from the Greek National Conservatory.