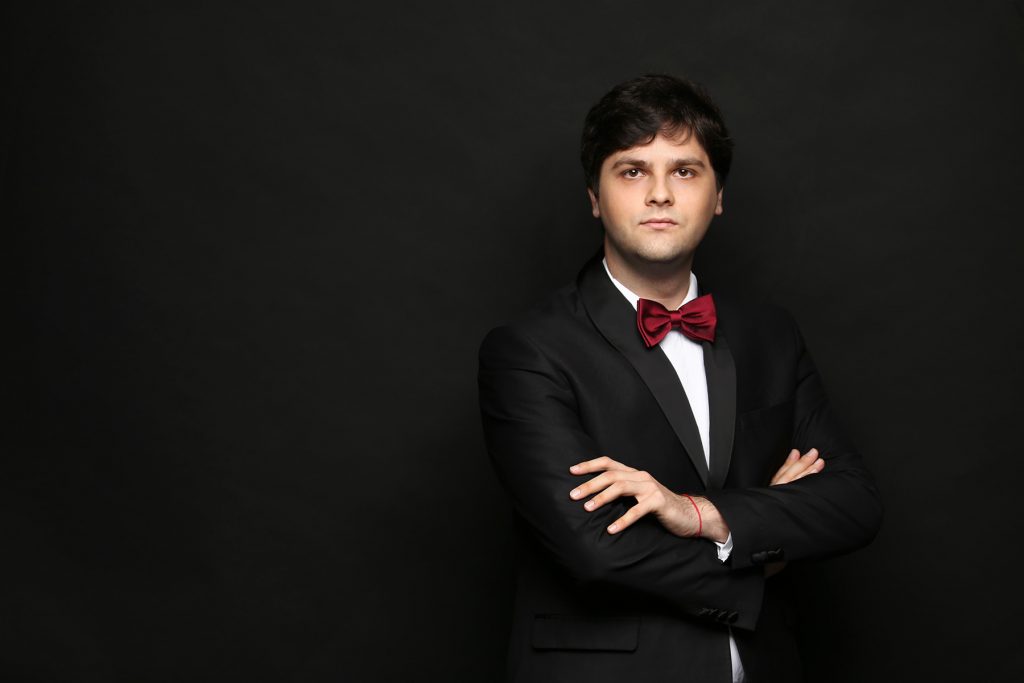 Maxim Kinasov made his concerto debut in Moscow at the age of 9 and his solo recital debut a year later. He is an award-winning solo and chamber musician and performs a wide range of repertoire from Bach to Shostakovich.

Born in Moscow, Russia, Maxim started piano lessons in the age of five with Nina Dolenko at the Yakov Flier Music School in Moscow. In 2012, he graduated from the Academic Music College of the Moscow Tchaikovsky Conservatory in the class of Tatiana Direktorenko, gaining a diploma with honours. He had then obtained his Bachelor of Music with Honours at the Moscow Tchaikovsky Conservatory. His teachers there included Sergei Dorensky, Nikolai Lugansky, Pavel Nersessian and Andrei Pisarev, and are his greatest musical influences. He is currently studying with Ashley Wass on the Master of Music course at the Royal Northern College of Music with full tuition scholarship.

Maxim has won top prizes at national and international competitions. As a concert pianist, Maxim has been a soloist of the St. Petersburg House of Music since 2012 and has performed in prestigious venues across Russia, Italy, Spain, UK, Brazil and the U.S., including Carnegie Hall, Wigmore Hall, Bridgewater Hall, Great Hall of Moscow Tchaikovsky Conservatory, Sala Cecilia Meireles in Rio de Janeiro, Auditorium Conciliazione in Rome, Teatro Civico in Vercelli and Teatro Carlo Felice in Genua.

The artist’s recordings were broadcasted by Italian TV channels TG2 RAY and TGVercelli and BBC Radio 3.

As a chamber musician, he has worked with Henk Guittart of the Schoenberg Quartet and Alexander Bondurianskyi of the Moscow Trio. Maxim has also worked with Dmitri Bashkirov, Murray Perrahia, Barry Douglas and Yoheved Kaplinsky in masterclasses and festivals.