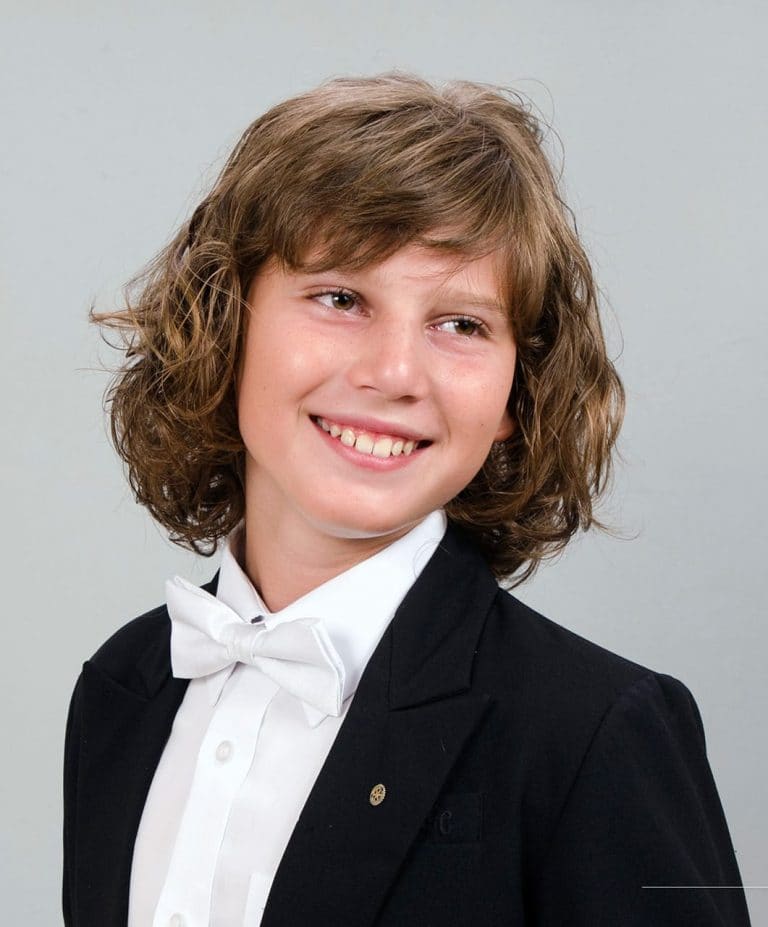 Nikolay Marinov is 16 years old, born in Plovdiv, Bulgaria. He is a 10th grade student at the Dobrin Petkov National School of Music and Dancing Arts in Plovdiv, studying piano Svetlana Koseva. He started taking piano lessons at the age of 6 and less than a year later won the First Prize at the International Piano Competition “Dr. Voyslav Vuchkovich” in Belgrade, Serbia.

He gave his first recital at the age of 8 at the “Thracian University” in Edirne, Turkey. He has performed in Brussels, Paris, Plovdiv, as well as participating in concerts in Carnegie Hall, Royal Albert Hall, Opera de Bastille.

Nikolay has participated in a number of master classes led by Boris Slutsky, Itamar Golan, Jason Kwak, Julian Martin among others.