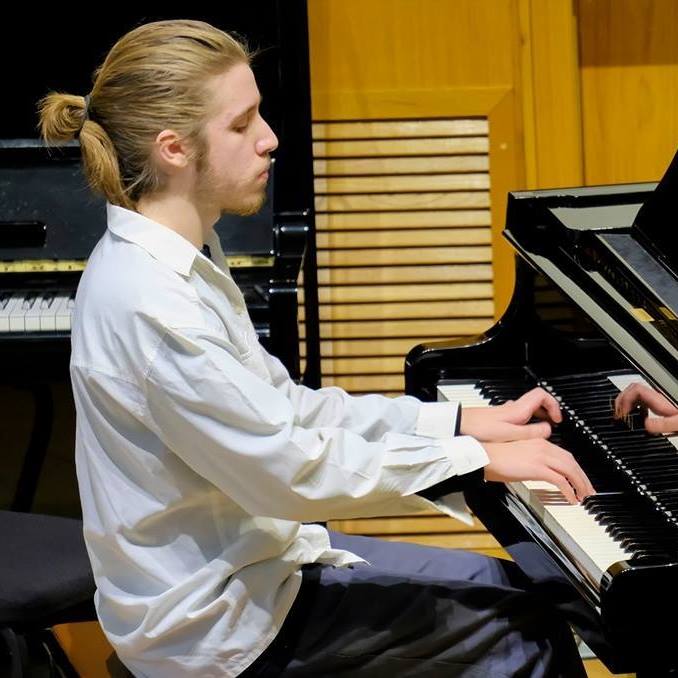 Pyrros Marmatakis was born in Athens on July 13, 1998. He received his national diploma at the age of 16 with the highest grade possible (Άριστα παμψηφί πρώτο βραβείο) with late professor George Manessis. Immediately after that he continued his studies with professor Dimitris Toufexis. Currently he studies at Deree, The American College of Greece, in the undergraduate program BA honours in music performance with Dr. Christine Tokatlian where he is the recipient of the musical scholarship.

Alongside, he studies orchestra conducting with D. Pylarinos. He often performs as a pianist, giving performances such as: recital in ACG, recital in Alexandroupoli in the context of Thessaloniki Piano Festival, annually performs in Porto Heli International Festival and  performs alongside his father, Michalis Marmatakis, with poetry and music.

Currently, he is recording his first CD with singer Melia Zerva, with his own music based upon the Hai-Ku of Japanese national poet Matsuo Basho. He composes music and literature.