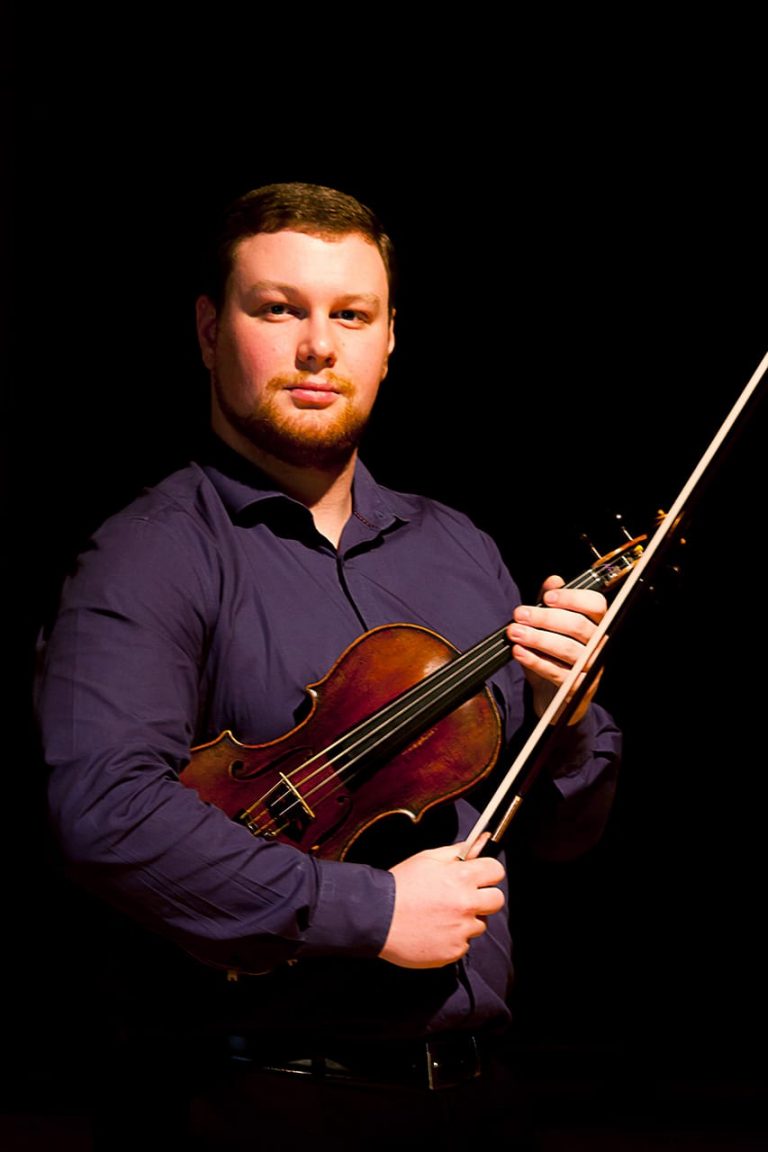 Ricardo was born in Lisbon, being a grandson of Hungarian violinist Richard (Rikárd) Rupp, who graduated from the Ferenc Liszt Academy in Budapest and later emigrated with his family to the Netherlands in 1957. Ricardo displayed musical skill as early as age 2, being able to memorize and hum melodies from concerts he listened to, and proved to have absolute pitch.

He first started to play the violin at age 4, under the guidance of Benoît Gibson. At age 7 he entered the Fundação Musical dos Amigos das Crianças in Lisbon, as a pupil of Klára Erdei where he studied untill entering the Escola Superior de Música de Lisboa (ESML) at age 18. There he became a student of Gareguin Aroutiounian and later of Bin Chao, both concertmasters of the Gulbenkian Orchestra. After obtaining his diploma of violin performance from ESML in 2016, he entered the Metropolitana Conservatory, Lisbon, in a free violin course as student of Carlos Damas.

He has given solo recitals in Protugal in such venues as CCB, Casa do Artista, Teatro Tivoli, Museu Nacional da Arte Antigaand, Teatro Garcia de Resende, Mosteiro dos Remédios and has appeared as a soloist with orchestras including the FMAC Youth Orchestra, the ESML Camerata Gareguin Aroutiounian, the ESML Symphony Orchestra, among others.

Ricardo plays on a replica of a Grancino from 1695, made around the year 1960 by Joachim Schade in Halle, at the request of conductor Carl von Garaguly. He uses a W. D. Watson bow.